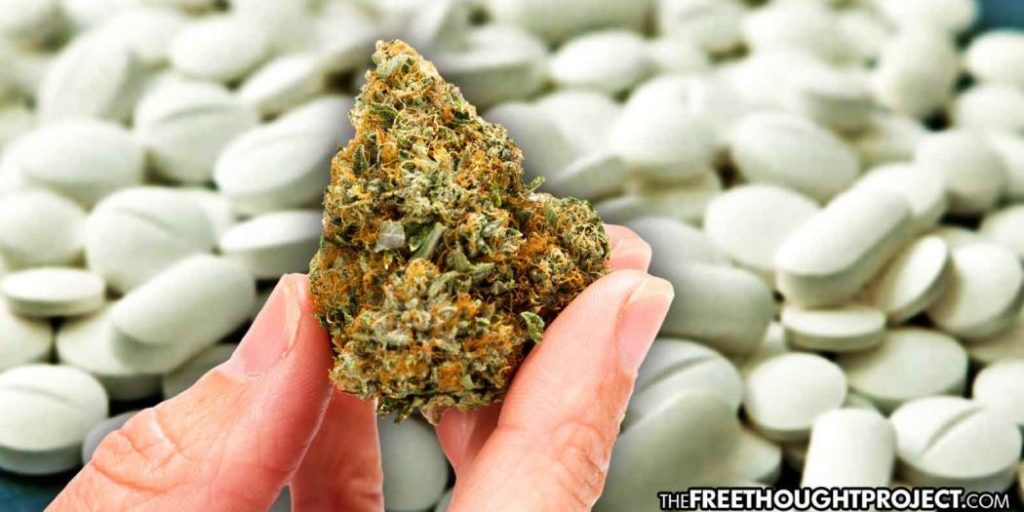 Despite the state spending thousands of dollars a second – ticketing, kidnapping, caging, and killing evil drug users – the rate of lethal drug overdoses in the last 15 years has skyrocketed at near-exponential rates.

According to the most recent data on overdose deaths, despite the state’s immoral war on drugs, 2020 will go down as the deadliest year in history for overdoses.

In fact, according to a recent preliminary data from the federal government: More Americans died from drug overdose in a 12-month period than at any other point in history.

Drug overdoses were linked to more than 81,000 deaths between June 2019 and May 2020, according to the Centers for Disease Control and Prevention, jumping 18 percent compared to the previous 12-month period. Such deaths rose 20 percent or more in 25 states and the District of Columbia, the report said.

These rates are increasing as the lockdowns persist. However, though many of the overdoses can be attributed to the state’s tyrannical lockdown orders, the spike in deaths began before the lockdowns.

Across the board, drug use and deaths associated with drug use have increased at alarming rates. No amount of AR-15s, SWAT police, MRAPs, or any other military gear has had a hand in lowering these statistics. In fact, the increase in overdose deaths nearly perfectly coincides with the increase in militarization in the last decade and a half.

One drug, or rather plant, which is still viciously sought after in the state’s immoral war on drugs could be the key to slowing this epidemic.

In spite of some form of cannabis being legal in some fashion in well over half the country, the government still violently and with extreme prejudice continues to seek out those who dare possess it.

This barbarous prohibition is especially insidious given a recent study out of Victoria, Canada showing that the use of medical cannabis by qualified patients over a six-month period is associated with significant decreases in the use of prescription opioids and other medications.

According to data published in the journal Pain Medicine, opioid drug use patterns over a six-month period were assessed in a cohort of 1,145 authorized medical cannabis patients. Researchers discovered that baseline opioid use was reported by 28% of participants. At the completion of the assessment, opioid use among participants dropped to 11% at 6 months. What’s more, all the participants’ mean opioid dosage fell by 78 percent over the trial period.

As Norml.org points out, researchers also reported declines in subjects’ use of prescription anti-depressants, benzodiazepines, and anti-seizure medications.

“Study subjects also reported improvements in their overall quality of life, including changes in their physical and psychological health, over the course of the trial,” according to the report.

“The high rate of cannabis use for chronic pain and the subsequent reductions in opioid use suggest that cannabis may play a harm reduction role in the opioid overdose crisis, potentially improving the quality of life of patients and overall public health,” the researchers concluded.

These findings are not a new discovery. It simply backs up a trove of research already published. In fact, TFTP has been reporting on it for years.

As TFTP previously reported, in a recently published study in a peer-reviewed journal, Melvin D. Livingston, Tracey E. Barnett, Chris Delcher, and Alexander C. Wagenaar, set out to see if any association existed between Colorado’s legalization of marijuana and opioid-related deaths in the state.

The researchers looked at all of the available data from the year 2000 to the year 2015. What they discovered may come as a shock to many. While the rest of the nation struggles with a burgeoning fatal opioid and heroin overdose crisis, the State of Colorado saw opioid deaths reduced while its population exploded.

It has long been stated that cannabis is a “gateway” drug, which leads users to experiment with other drugs, leading up to the most deadly, such as heroin. But the researchers in the study published in the American Journal of Public Health found that the availability of safe and legal cannabis actually reduced opiate deaths:

The researchers concluded, “Legalization of cannabis in Colorado was associated with short-term reductions in opioid-related deaths.”

It’s not just that study either. There were other studies showing that deaths from opioids plummet in states with legal cannabis, and that 80 percent of cannabis users give up prescription pills. A Feb. 2017 study confirmed that opioid dependence and overdoses dropped significantly in medical cannabis states.

In January 2017, the National Academies of Science published an exhaustive review of the scientific literature and found that one of the most promising areas in medical cannabis is for the treatment of chronic pain.

As TFTP previously reported, an experimental study showed exactly how cannabis works to treat actual opioid addiction – by actually blocking the opioid reward in the brain.

This study sought to determine whether the cannabis constituent cannabidiol attenuates the development of morphine reward in the conditioned place preference paradigm. Separate groups of mice received either saline or morphine in combination with one of four doses of cannabidiol using three sets of drug/no-drug conditioning trials. After drug-place conditioning, morphine mice displayed robust place preference that was attenuated by 10 mg/kg cannabidiol. Further, when administered alone, this dose of cannabidiol was void of rewarding and aversive properties. The finding that cannabidiol blocks opioid reward suggests that this compound may be useful in addiction treatment settings.

Those who continue denying the evidence, while continuing to lock people in cages for a plant, will ultimately be judged by history. They will not be the heroes they claim to be now, however, they will be remembered as the ones responsible for mass incarceration, fostering the police state, and dealing a near-death blow to freedom.

Matt Agorist is an honorably discharged veteran of the USMC and former intelligence operator directly tasked by the NSA. This prior experience gives him unique insight into the world of government corruption and the American police state. Agorist has been an independent journalist for over a decade and has been featured on mainstream networks around the world. Agorist is also the Editor at Large at the Free Thought Project. Follow @MattAgorist on Twitter, Steemit, and now on Minds.